In 1872, administration papers of Elymus Derby were filed at Suffolk County Surrogate Courthouse in Riverhead.

The will of William Albertson (Liber D: 159, dated August 20, 1815) instructed, "my will is that my negro man Limas be manumitted by my executors...and that they pay him the sum of $25 and give him his clothes...." On Marcy 17, 1816, Albertson added a codicil, "And as to the disposition in my said will made of my negro man Limas and negro girl Margaret, I hereby revoke the same and direct Limas to be manumitted according to the act and his clothing delivered to him...." William Albertson died September 26, 1818; his will was proved October 6, 1818. 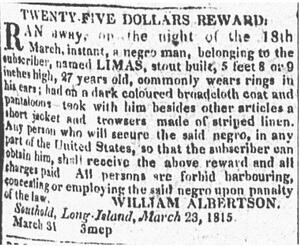 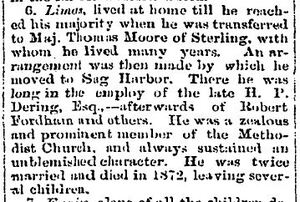 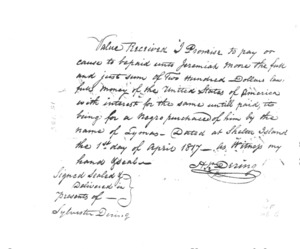 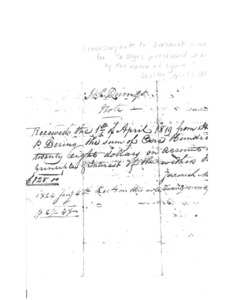